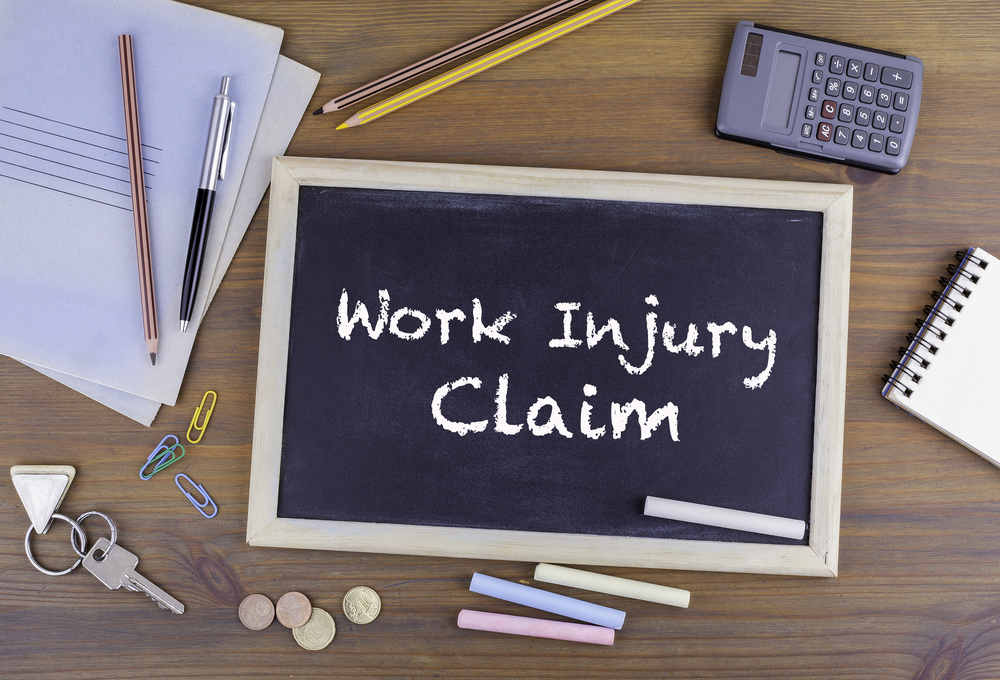 Sometimes the claims process is not so straightforward, as the employer may attempt to deflect their responsibility or get the claim denied; that’s where a connection to a Columbus work injury lawyer may prove handy.

Let’s take a look at some common questions around Ohio Workers Compensation Coverage.

What is and what is not covered under workers compensation in Ohio? The Ohio Bureau of Workers’ Compensation (also known as BWC) helps employees who have either been injured or developed an occupational disease while on the job. In addition to medical benefits and lost wages, they can also pay death benefits to survivors if a death does result from these acute or chronic work-related injuries and/or diseases, along with defraying funeral expenses up to $5,500.

Ohio employers with even one employee must carry workers comp. They must cover all medical expenses, even mileage to appointments. If an employee is disabled to the point of not being able to work, they can collect 72% of their wages for four months, and then two-thirds of their former paycheck every week after that, subject to a $932 cap for 200 weeks—after which they will either need to return to work, seek alternative employment, or file of a special disability-related type of unemployment. Employees who are permanently disabled can collect two-thirds of their former paycheck every week for the rest of their life.

There are more nuanced details about out-of-state workers and employers and employees requesting a religious exemption from workers compensation, which should either be discussed with competent legal counsel such as a Columbus workers comp attorney or reviewed on the BWC website.

What does Workers Compensation Cover? Generally speaking, an employee of a company is eligible for workers compensation if they are injured on the job, while performing their duties according to company policies. Workers compensation most often also applies to illness resulting from work, such as carpal tunnel syndrome or lung cancer. The workers comp insurance will often defray medical expenses, and in many cases reduce the impact of lost wages.

It doesn’t matter who was at fault in terms of the injury or illness. Whether the employee, the employer, a coworker, third-party vendor, or even a customer caused this chronic condition or acute event, workers compensation can be applicable. As long as your injury is related to your employment, you will be covered by your employer’s workers compensation policy. This certainly includes an injury or illness sustained while on the work premises during work hours, but it also includes traveling for work, running a work-related errand, or even attending a required social function (though you probably don’t want to get injured at such an event).

Keep in mind that workers compensation, while fairly extensive, does not cover everything. There are some exceptions you should be aware of, which will be highlighted below. Also keep in mind that if you are not actually on the payroll of your place of employment, you are most likely not covered by their policy. This includes freelance contractors or anyone working under the table. If you fall into either one of these categories, it’s important to set up ways to protect yourself by discussing your options with a Columbus work injury attorney.

What are the most common work injuries?

Work injuries vary by profession. A coal miner will probably not get their arm severed by a malfunctioning lawnmower, but they might develop lung cancer. An irate tenant will probably not strike a construction worker, but they can fall from dangerous heights. It might surprise you to learn that even those with desk-jobs can sustain work related injuries, such as carpal tunnel syndrome, eyestrain, and unexpected slipping.

As it turns out, the most common cause of work-related injuries is overexertion. Anything that involves pushing, pulling, holding, carrying, or throwing something beyond your physical capacity can result in a work-related injury. As of 2019, it was estimated that overexertion cost almost $3.5 million in benefit costs. Other common workplace injuries include slips, falls, being struck by objects, machine entanglement, repetitive motion, and violent acts.

What is not covered under Workers Compensation?

While workers compensation can even cover injuries sustained outside a normal work context (such as traveling for work or attending a required social function), there are some injuries that workers comp does not cover. If your injury was sustained while under the influence of alcohol or illegal drugs, chances are workers comp will not apply. Other instances not covered by workers comp include injuries sustained through self-infliction, during a physical fight you initiated, and while committing a serious crime (the definition of which will vary by state). Workers comp will also not cover you if you were not clocked in or on the job, and it won’t cover you if you were violating company policy—such as cracking back a few cold ones on the roof of the warehouse (we assume this is a no-go at most companies).

How can a workers comp attorney help if you are injured at work by an accident—or over time? Injuries on the job often fall into two categories: accidents and long-term problems.

Accidents include acute or one-off incidents like falling off a ladder, getting injured by work equipment, or sustaining a blow from a customer. If your employer tries to deny the claim or contest the circumstance around the acute event, a Columbus workers comp attorney can help you validate your case in arbitration or court. As an example, it is possible an employer will try to argue that you were not following company policies in order to deflect their responsibility.

But there is another category of work-related injuries which are not acute one-time events.

Repetitive stress injuries or chronic conditions resulting from overuse or misuse while at work are also covered under workers compensation. If you were asked to perform duties outside your job description or worked beyond your contractually-agreed number of hours, and sustained some chronic injury because of it, that would fall under overuse and/or misuse.

Some professions see higher cases of severe chronic illness or disability over time, such as heart, lung, and digestive conditions. In many cases, by the time these effects are discovered, you may have moved on from that employer. A workers compensation attorney can help you determine if pursuing a workers comp claim or some other type of legal action is in your best interest, even if the injury or illness was sustained or contracted in the past.

What do you need to know about how to get workers compensation?

The first thing you need to know about workers compensation is that in most cases, your Ohio employer is required to carry this type of insurance, even if you’re their only employee. Find out if they are, and if they aren’t, speak to a workers compensation lawyer in Columbus about how you can protect yourself from prospective injury.

If your employer does carry workers compensation, they must provide you with the paperwork to file a claim if you choose to make one. If you sustain an acute injury on the job or feel that a chronic condition has resulted from your work, do not let your employer try to brush it off or try to talk you out of it.

In some cases, you will be able to visit your own doctor to determine the extent of your injuries. You may be required to have spelled this out in writing before an injury occurs—so check into this when you start working somewhere.

However, in many cases, the employer reserves the right to steer you towards a doctor associated with the company. This doctor may prioritize their business relationship with the company over your claims and needs. If you’re working in Ohio and have any questions about the policy at your workplace, it’s good to consult with their HR department or a workers compensation lawyer in Columbus, Ohio.

How can a workers compensation attorney help if your claim is denied? Some companies will be amenable about facilitating your workers comp claim. Others might fight the claim and do everything they can to prevent their insurance company from paying out. The reason is simple: like any other form of insurance, premiums go up if claims are filed.

Keep in mind that their attempt to deflect responsibility and get the claim denied may be subtle. They could try everything from threatening your job security to giving you a week of paid vacation to recover from your injury. Don’t let them have the final say in your claim.

If however, you file your claim and are denied workers compensation, you should not assume that your case is a done deal. Speak with a Columbus workers comp attorney to see if the denial can be disputed or if there is some better course of legal action.

How our Columbus Workers Compensation Attorneys can help you?

The Bainbridge Law Firm is dedicated to protecting Ohio employees, especially in the area of Columbus, from medical damages and lost wages due to work-related injuries. You may wonder why it’s important to know a workers compensation lawyer in Columbus. Though you never would want to be injured at work, it is possible—even if you have a desk job that is seemingly very safe. To that end, knowing your rights as an employee in terms of filing workers comp claims can go a long way towards protecting yourself and your family in the event of a work-related injury or chronic condition.